Actions Required By You

Create an SSH key and send to support@spendency.com. More info below on how to create your key.

1. Create a data schema by uploading a SAMPLE file

Please note, that if you want to use a default currency for the whole file (and don’t have a data column in the file for currency), you should upload one sample per currency. In the below example, we have even made the default currency part of the Schema name. Also note the encoding, as it is vital that you chose the right encoding that you will use when uploading files over SFTP.

2. Find upload folder for the schema

Each schema will get an internal UUID. Names are tricky, they have spaces and other strange characters that may confuse the SFTP, so we’ve chosen to go with folders on SFTP that have the same UUID as the schema.

Suppose you want to upload a new file into the schema we just created (“SFTP upload SEK”). First find the schema, by viewing a list of your schemas: 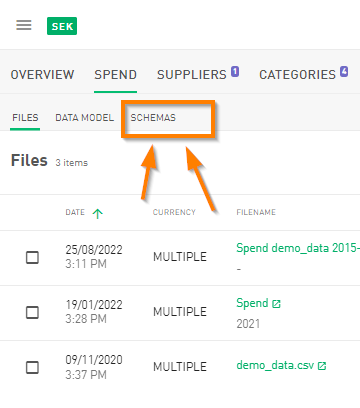 Press the button ” Schema” and the list all the schemas will appeared:

Starting from March 9 2020, all new accounts will now have the home dir “/” (slash). Just
ignore the first part of the path, ie “/home/youraccount/”. 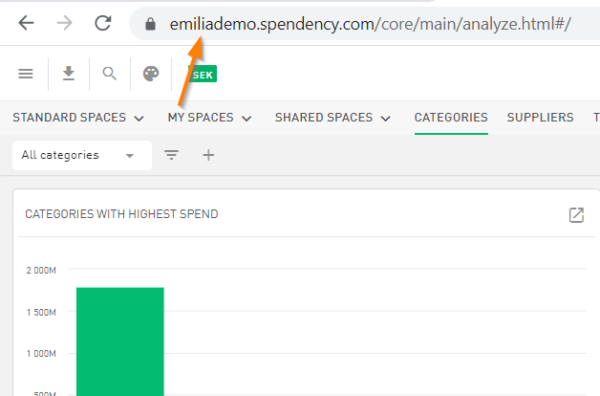 Now, upload a real file that follows the same schema (has the same columns).

4. Choose Your Own SFTP Folder Names

When setting up an integration directly into Spendency from your ERP system(s), we have made it easier to organize your import files better on the SFTP server.

A Spendency Schema is a mapping from the columns in a data file to the database attributes in Spendency. Every schema automatically gets a folder on the SFTP server, so that by uploading to the folder, you automatically read the file into Spendency with the schema that the folder belongs to.

In Spendency you can name the folder something that makes it easier to remember what data goes into that folder. We recommend using folder names that include the source system (for example “SAP Nordics” for your ERP for your Nordic subsidiary) and the version of the exported report (such as 1.2). If you change the export, the file will most likely not be compatible with the existing schemas, so use a new folder name.

Once the upload is completed, the file is visible almost immediately. You do have to reload the web page if you were already in the file section. 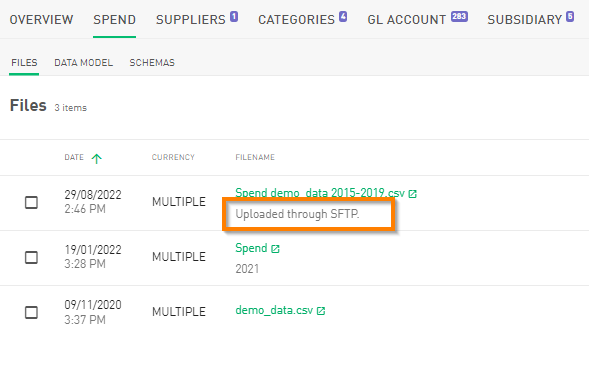 You probably don’t want the example data, so just disable the file (using the “active” checkbox in the rightmost column).

That’s really all there is to it!

If the upload fails, and you want to upload the same file again, you have to delete it in the website first.

Then delete it on SFTP too, and upload again. If you upload a file again with the same name as an existing file, nothing will happen. 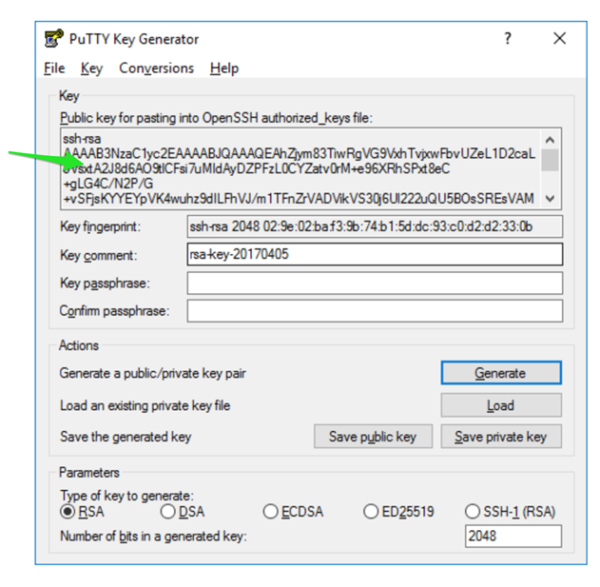 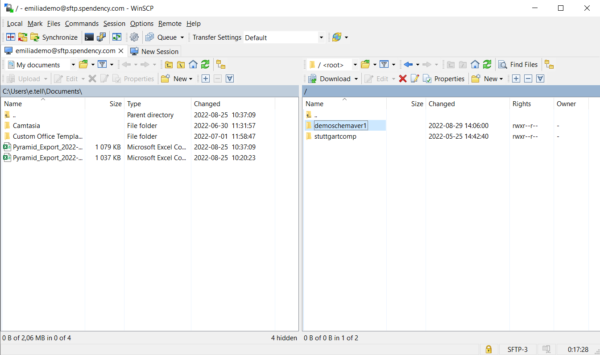